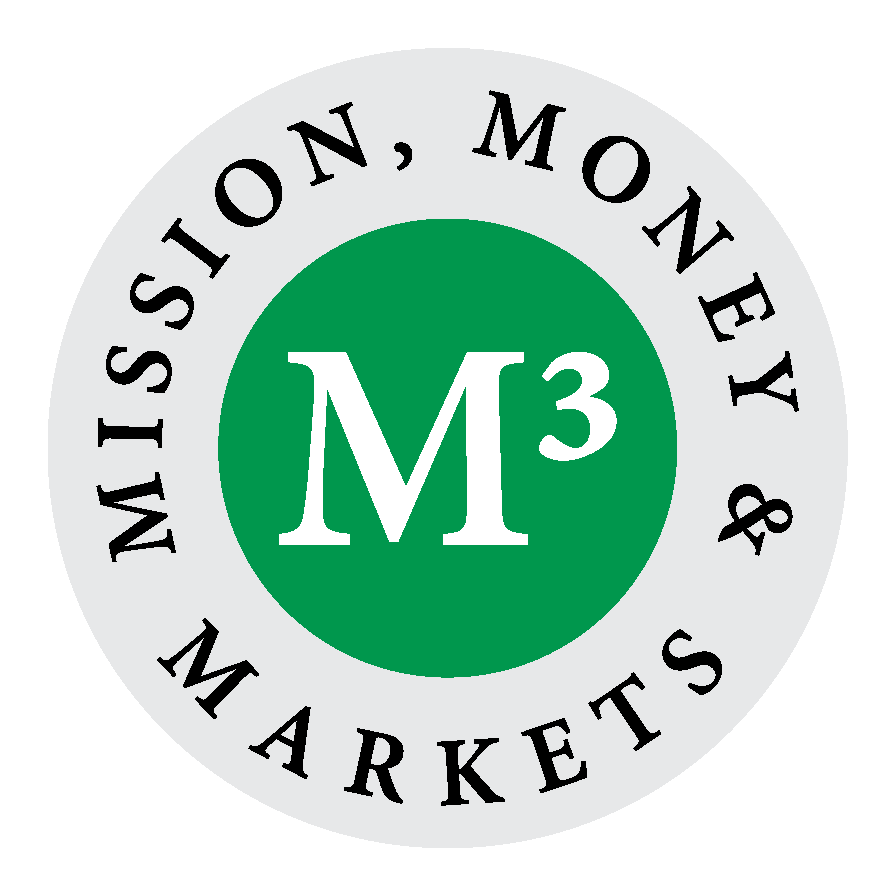 The ability to tap into a market, or create a market, can help solutions scale to the size of the problem. This month, we looked at how The Conservation Fund is retrofitting a financial structure to help preserve valuable forest land across the United States.

To do so, I invited Larry Selzer, President and CEO of The Conservation Fund, to share some insights into how the decades-old nonprofit had to rethink its model for how it obtains and preserves public forest lands and how impact investing became central to its way of working.

Q: Explain what The Conservation Fund is and what you do.

A: The Conservation Fund is a national nonprofit dedicated to both land conservation and economic development. Because public entities like the National Parks Service or the State of Michigan often don’t have the funding when sellers want to sell, the Conservation Fund buys the property on their behalf and then holds it until the public money is ready.

The sale is complete when we sell it back to our public sector partner at the cost we negotiated plus direct expenses. We don’t mark the property up. That’s part of our charitable purpose.

Over the last 32 years using a revolving fund, we have conserved just over 8 million acres of land, which is valued at about $5.5 billion at fair market value, but which we acquired for $4 billion. The fund closes about 150 land transactions a year.

Q: What challenges are you facing now?

A: This model works beautifully until you come up against what many consider to be the greatest land conservation challenge in the country today: the loss of large scale, intact working forest. And by working forest, I mean lands that can support a sustainable level of harvesting.

What happened was that these lands, some 90 million acres, used to be owned by large, integrated pulp and paper companies, companies like International Paper or Georgia Pacific or Champion International. They had held these lands to guarantee wood supply to their mills. But beginning about 15 years ago, due to many things – changes in the tax code, the fact that pulp went from a domestic commodity to a global commodity and a price collapse – these large, integrated pulp and paper companies began to sell their land. 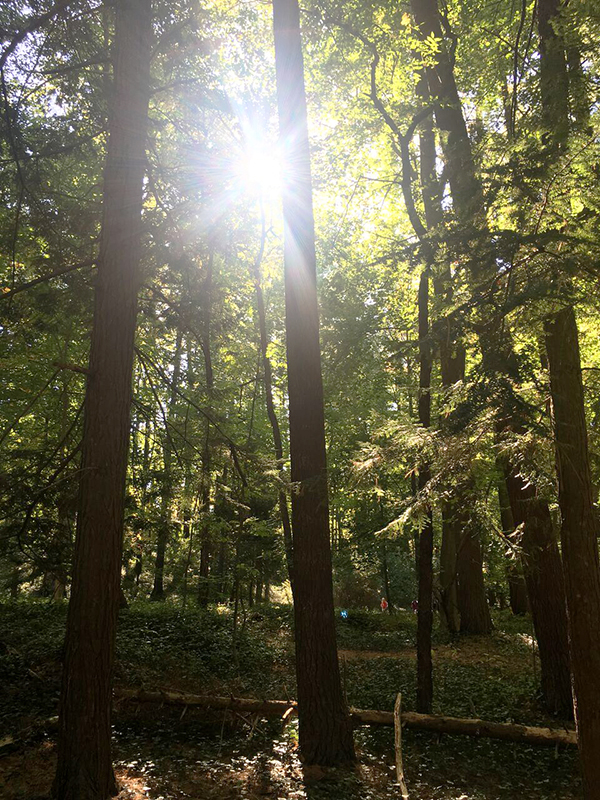 Large pulp and paper companies began selling some 90 million acres of forest land they had managed for years. The Conservation Fund launched a fund to buy forest land on behalf of public agencies until those agencies can buy the land themselves.

Over a decade, 90 million acres of these magnificent working forests, some of the most important forest land left in the country in terms of wildlife, water quality, species diversity and recreation was put on the open market. Twenty million acres was lost right off the top for commercial development. Seventy million acres was acquired by investors interested in financial returns from managing and harvesting these lands.

Q: What are these investor owners doing with the forest land?

A: Timber investment management organizations, or TIMOs, are largely structured as 10-year funds. They often are investing pension and endowment funds to acquire the timberland, maximize the harvest yield and at the end of the 10-year period, return capital to the investors. Because these funds are governed by a federal law called the Employee Retirement Investment Security Act (ERISA), these investors are required by law to maximize financial return.

Timberland, for 75 or 80 years, has provided a fairly consistent 5 percent yield. One of the reasons is because as an asset class, it’s a hedge against inflation, it’s a commodity. But with the entrance of these new investors, timberland was trading at expected returns of 15 percent or even higher. Everything beyond the 5 percent was just the speculative value of the real estate, and it has nothing to do with timber. The integrated pulp and paper companies were very smart. They sold into this very fast rising, frothy market, and generated huge returns. The TIMOs bought this land, promising double digit returns. Timber generates only 5 percent, so you come to the end of your 10-year horizon for your fund, and how do you maximize financial return? Well, you subdivide the property into much smaller pieces because you can sell those for more on a per acre basis, and you liquidate the timber.

Q: What has been the market effect for those with the goal of conservation?

A:  Of the 50 million acres held by these investor owners, the U.S. Forest Service estimates that roughly 10 percent, 5 million acres, are of exceptional, high-conservation value. The problem is that these lands trade in sales managed by large commercial banks and in big blocks anywhere from 10,000 to 150,000 acres and at an average cost of $1,000 per acre.  That’s real money and anyone who wants to compete in that market needs to be quick and well financed.

Q: So, these market forces must have caused you to adjust how you worked. How so?

A: There’s a complete disconnect between how we have for 30 years acquired land using charitable money on behalf of our public agency partners. We simply needed a new mechanism, a new way of approaching this, something that could scale up and move at speed and with sophistication. The TIMOs had a good model so we sought to replicate it and build a nonprofit version of a TIMO and aggregate a different flavor of capital.  With this financial machinery we hoped we could compete in the market and conserve these working forests, restricting development and still make a decent return through sustainable harvesting.

Q: So how did you get to work to begin competing with the TIMOs for land?

A: In this market, we simply could not get to scale fast enough through grants, even large grants. Backed by support from the Richard King Mellon Foundation, we launched The Working Forest Fund. The fund is about one-third grants, which serve as an equity base and lowers our average cost of capital. The rest of the fund, we use program-related investments and other forms of low-cost debt, including state and federal loan programs for conservation and rural economic development.

A: States are block-granted by EPA every year a chunk of money under the Safe Drinking Water Act, and it goes to the equivalent of the Water Control Board. Historically, they have loaned that money to municipalities to build downstream water treatment plants, and it’s loaned at very favorable terms, 20-year flat rate, generally half the general obligation bond rate, because they want to stimulate safe drinking water.

In California, we were trying to buy 36,000 acres of redwood forest north of San Francisco, and we went to the Water Control Board and said we’d like to borrow the money because, in effect, we’re building an upstream water treatment plant. The forest naturally keeps sedimentation out of the streams, and that reduces the need for a downstream water treatment plant. California was the first state to agree with us, and they loaned us $25 million under those favorable terms to help buy this forest. That created this idea of forests as green infrastructure, as critical infrastructure.

Q: What’s the next stage?

A: We’re now deep into the process of thinking about what a bond or other form of investor-based financing would look like. Would that in fact allow us to achieve the purchasing power of roughly a billion dollars over time? We figure we have a 10- or 15-year window before all these lands are lost, and every year, a billion dollars’ worth of timberland comes on the market. This is where it gets really interesting from an impact investing standpoint. If we had a $100 million bond, investors could purchase $2 to $5 million increments, earn a modest but stable return, and protect something that once lost we can never get back – a forest.

Kimberlee Cornett is Kresge’s managing director of the Social Investment Practice. Follow her on Twitter @kr_cornett. Larry Selzer is President and CEO of The Conservation Fund. Find the organization on Twitter @ConservationFnd.