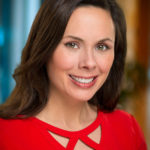 The Kresge Foundation announced today that Michelle Perron joined the foundation as director of the executive office.

In her new role, Perron will work closely with Kresge President and CEO Rip Rapson and direct special projects on behalf of the foundation’s executive office. Perron will also serve as the staff liaison to Kresge’s Board of Trustees, supporting a wide variety of activities.

Perron brings to Kresge over 30 years of leadership experience in the visual, performing and literary arts. She previously managed the College for Creative Studies (CCS) Office of Exhibitions and Public Programs in Detroit for more than twenty years. Perron was also the founding director of Kresge Arts in Detroit – a Kresge-funded program that invests in the artistic communities of metropolitan Detroit.

A native Detroiter, Perron has also worked with organizations such as the Detroit Symphony Orchestra and with art galleries and dance companies in metro Detroit and New York City.

“It’s an immense delight to welcome Michelle to the foundation,” said Kresge President and CEO Rip Rapson. “Few people know Kresge as well as Michelle does, having worked with us for years while at the helm of Kresge Arts in Detroit. Michelle shares our values and commitment to advancing equity and opportunity in America’s cities.”