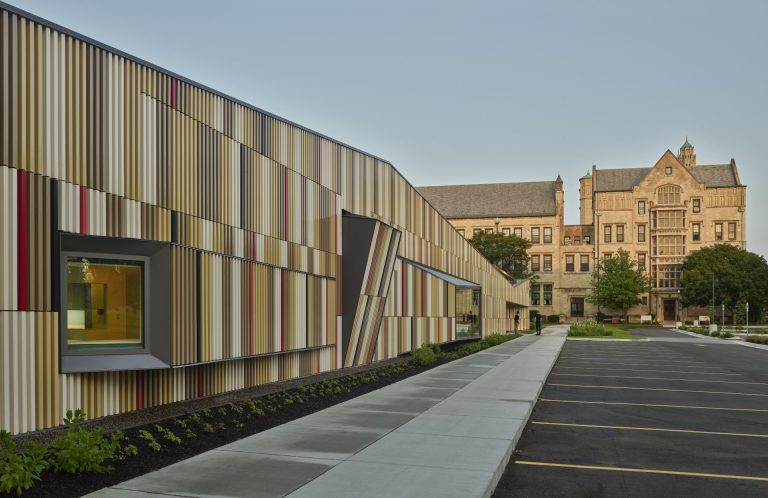 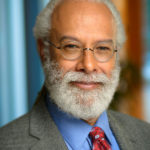 The Kresge Foundation has been awarded a prestigious international architectural award for the commissioning of the Marygrove Early Education Center as part of a broad-based partnership to transform the campus of the former Marygrove College into an innovative cradle-to-career educational campus.

Kresge received one of the 12 esteemed  Dedalo Minosse prizes  — awarded biennially by the ALA-Assoarchitetti, Italian association for professional Architects — for commissioning the Marygrove Early Education Center and selecting Marlon Blackwell Architects, Fayetteville, Arkansas, to design the 28,000-square-foot center which opened last August to 144 students from birth through 5 years.

Kresge was one of four non-Italian winners and the only U.S. winner, although a Japanese client-architect pair — J.S.T. Connector and Ryuichi Ashizawa — won a prize for production-engineering center built in Harrisburg, Pennsylvania. The other two international prizes went to client-architect pairs in Turkey and Vietnam.

The prizes, which have been awarded since 1997, celebrate the unique connection between client and architect necessary to create inspiring architecture.

Jackson, following the awards, hailed the work of the Blackwell team for engaging with community to create “a transformational space that demonstrates dignity for young children. It’s a magnificent and integral part of a neighborhood working to revive. … To see this Detroit project honored by an international panel of judges is an incredible validation of what we’ve achieved with our Marygrove campus partners.”

Blackwell said, “We are very honored in receiving this major international prize with The Kresge Foundation. This really underscores the value of well-designed public projects like Marygrove Early Education Center and the positive educational impact it provides for its communities — with dignity, wonder, and joy!”

In announcing this year’s prizes, Dedalo Minosse Prize Director Marcella Gabbiani, said the event “demonstrates how architecture, just like music, is a universal language that knows no boundaries nor political barriers, through which professionals, clients and people who are into architecture from all around the world can communicate with each other and recognize themselves as the most authentic form of true beauty and quality of life.”

A two-day symposium followed the awards ceremony in which Dan Pitera, Dean of the University of Detroit Mercy School of Architecture and Community Development, joined Jackson and Blackwell in panel discussions on Detroit’s leadership in community-engaged design projects. The Detroit Collaborative Design Center at the University of Detroit Mercy led all of the community engagement for the Marygrove Early Education Center.

An exhibition of winners was opened in conjunction with the awards in Vicenza, and is planned to move to 50 cities, including Detroit.

In materials submitted to the award committee, the architects described the challenge of designing the $22 million building to harmonize in function and aesthetics with a campus dominated by the four-story Tudor Gothic-style Liberal Arts Building from 1927.

The Marygrove Early Education Center manages to be stunning in its own right, yet harmonious with the campus, in part, with low but distinct profile that angles upward to the Liberal Arts Building. The horizontal, one-story center also connects to the landscape of campus trees around it.

And since the available space ruled out a typical one-story bar-shaped design, the Blackwell team coiled the bar onto itself so that every classroom enjoys outdoor access.

Meanwhile, the center’s multi-hued, vertically striped terra cotta cladding takes inspiration from the traditional African American quilts of Gee’s Bend, Alabama, and is intended to celebrate the impact on Detroit’s history by the Great Migration of Blacks from the South. This “coat of many colors” includes some that connect to the stone and brick colors of older campus buildings along with more vibrant tones that set it apart.

The Marygrove Early Education Center is one component of the linked P-20 educational opportunities on campus, spanning prenatal to pre-K, through K-12 to college and, eventually, workforce development support.  The School at Marygrove opened in September 2019 with an inaugural class of 9th grade students. A new grade has been added each year, and the first graduation will be held in June 2024.

The School at Marygrove Elementary — in the building that began as Immaculata High School and later was home to the Bates Academy — welcomed its first kindergarten, 1st and 2ndgrade students last month and will add a grade each year until it has a full K-8 complement as a feeder to the high school.

The Early Education Center is operated by Starfish Family Services. The School at Marygrove is operated  by Detroit Public Schools Community District, and both work with the University of Michigan School of Education under the umbrella of a P-20 partnership on the campus of the former Marygrove College, now overseen by the Marygrove Conservancy. The conservancy and partnership are supported by The Kresge Foundation.

This is not the first architectural award connected to the Early Education Center.

In 2019, Blackwell received the Gold Medal Award of the American Institute of Architects, the organization’s highest annual award, which in the past has gone to the likes of Michael Graves, Frank Gehry, I.M. Pei, Buckminster Fuller, Frank Lloyd Wright, Eero Saarinen, Eliel Saarinen and Ludwig Mies van der Rohe.

The center last month was announced as winner of an Honor Award for a building from the AIA Detroit (the metro Detroit chapter of the American Institute of Architects). In those judges’ words: “A light-filled, vibrant, and playful structure sparks delight and is thoughtfully stitched into the fabric of both its natural and manmade surroundings.”

“Schools are often uninspired, overly diagrammatic, repetitive spaces,” Blackwell has said. At Marygrove, he said his team was able to “challenge an impoverished building type.”

Dedalo Minosse, by the way, takes its name from Dedalus and King Minos of Greek mythology, the first architect and his first client.