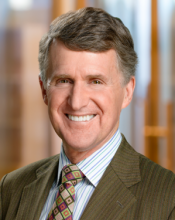 The business publication credited Rapson with “changing philanthropy in Detroit,” taking the foundation’s work beyond grantmaking, bringing stakeholders together to address issues and solve problems, and helping to spur private investment in the city.

Crain’s cited a range of accomplishments:

Rapson joined Kresge as president and CEO in 2006 and led a transition from specializing in capital-challenge grants to operating a suite of programs and practices working to expand opportunities in America’s cities.