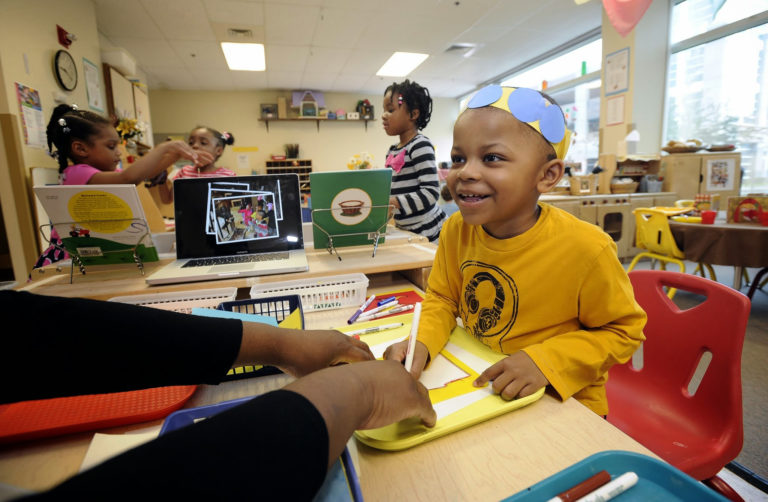 The initiative will focus on five areas:

The foundation made the first $4 million of investments in this new initiative in recent weeks.

Also released today is a Kresge-commissioned report from IFF, formerly known as the Illinois Facilities Fund, a nonprofit investor that works in Detroit neighborhoods and is a key partner in the initiative. The assessment, “The System We Need: A Neighborhood Snapshot of Early Childhood Education in Detroit,” showed that in 2015, Detroit had only enough high-quality childcare spots to serve 22 percent of its children ages 0-5 needing care. The full report is available here.

“We will know Detroit is on the path to a full turnaround when there is evidence that its children are safe and healthy and when they are academically, emotionally, and developmentally ready to begin school,” said Kresge Foundation President and CEO Rip Rapson. “But that is not the case now. With only 14 percent of Detroit children estimated to be kindergarten-ready and more than two-thirds living in poverty, we have a crisis that reverberates from generation to generation. We have to break the grip of this invidious cycle and provide our youngest residents with every full opportunity to thrive.”

“We can’t do this alone,” Rapson said. “The philanthropic sector is ready to bring all who care about the next generation of Detroiters to the table to create a shared vision and take collective action to change this trajectory.

“We want big changes for Detroit’s youngest children, and the development of new early childhood centers is the first step in demonstrating, and raising the aspiration for, what high-quality early childhood practice can be in Detroit,” said Wendy Jackson, deputy director for Kresge’s Detroit Program. Jackson is leading the initiative. “These centers will be multi-disciplinary and comprehensive, with health, human services, teacher professional development, and financial stability supports on site to serve the whole family in one location.”

“This is a system-changing investment by the Kresge Foundation,” said IFF CEO Joe Neri.  “It will expand and improve early childhood care in Detroit, and also serve as a model both locally and nationally.  IFF is proud to be a part of this effort.”
Licensed, high-quality early childhood facilities interested in applying for IFF loans, or anyone who wants more information on the program, can visit IFF.org to learn more.

Three other Kresge investments have already been made to support the initiative:

The foundation first committed to work in early childhood in Detroit in 2014 through the White House initiative “Invest In Us,” which celebrated its first anniversary in mid-December.