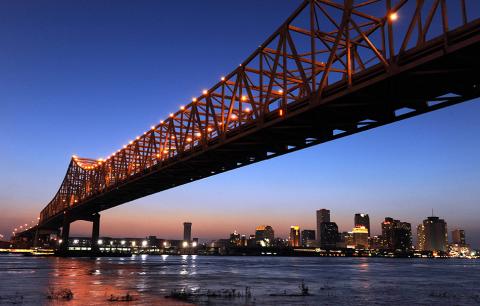 The City Energy Project, a Kresge-funded effort to reduce energy use and curb climate pollution, doubled in scope in November when mayors of 10 U.S. cities announced they are joining the program.

The newcomers join 10 other cities that previously committed to reducing energy use in large buildings through innovative policies and programs that drive investments in energy efficiency. By the year 2030 the 20 cities have the power to save more than $1.5 billion annually in energy bills and to reduce carbon pollution by the equivalent of taking 2 million cars off the road for a year.

“This is one of those rare projects whose demonstrable benefits are commensurate with its promise,” said Rip Rapson, president and CEO of The Kresge Foundation. “Every unit of energy that isn’t consumed not only reduces greenhouse gas emissions, but also bends down the energy cost curve. By expanding the project to 20 cities, we can demonstrate with even greater force how aggressive energy efficiency measures can make a difference on both fronts.”

Through the City Energy Project, participating cities develop locally tailored plans comprising multiple integrated strategies to significantly reduce building energy use, recognizing that a suite of initiatives can make more progress in each city than one program or policy could alone. In addition to providing energy expertise and guidance on initiative planning, design and implementation, the City Energy Project offers a platform for peer-to-peer sharing of lessons learned and best practices.

“Last year, I announced that the City of Pittsburgh is committed to reducing its energy use, water consumption, and transportation emissions by 50 percent by 2030. Now more than ever, collaboration plays a critical role in helping us achieve these targets,” said Pittsburgh Mayor William Peduto, one of the 10 mayors joining the project. “With a myriad of energy efficiency and sustainability efforts underway across our region, including our recently passed building benchmarking ordinance, we are excited to formally partner with the City Energy Project to strengthen our position as a leading city and build out our range of strategies to create local jobs, save money on utility bills, improve our local air quality, and create a more livable, resilient Pittsburgh.”