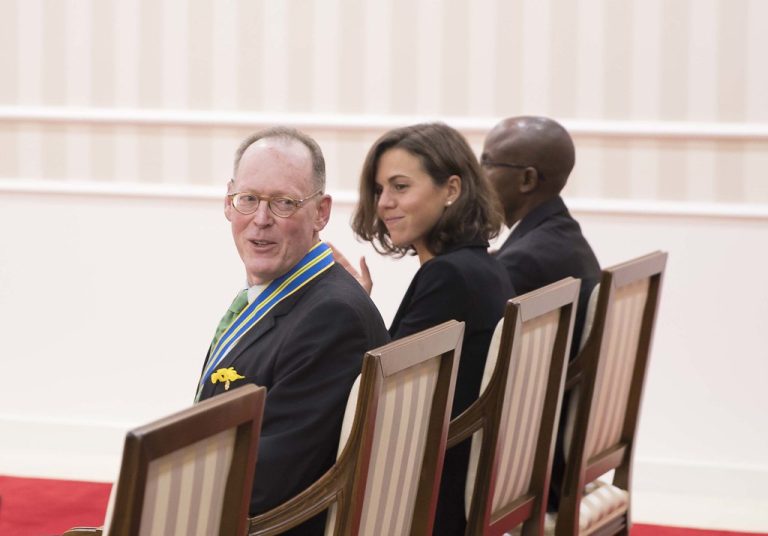 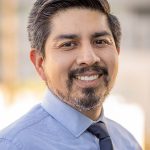 Dr. Paul Farmer sadly and unexpectedly died on February 21, 2022 in Rwanda at the age of 62 while teaching in the weeks prior at the University of Global Health Equity, the medical school he co-founded with the country’s former minister of health, Dr. Agnes Binagwaho.

He gained public traction after the release of the book “Mountains Beyond Mountains: The Quest of Dr. Paul Farmer” by Tracy Kidder. This is the book that introduced me to this unselfish hero and leader. It was given to all entering UCLA public health graduate students in 2010, including me, as part of the UCLA Global Citizenship Initiative. I was inspired by his story and it confirmed my passion and commitment to public health.

As I look at my book now, I re-read some of my notes and highlights back from 2010. I feel inspired all over again with tears in my eyes knowing there is so much love and giving in this world. It’s also comforting knowing thousands of other medical and health practitioners around the world have been tutored, inspired and hold the same values and passion for social justice and treating everyone who is sick, no matter their race/ethnicity, status or where they live.

Farmer was a great physician, anthropologist and global health leader who dedicated his life to serving communities around the world who are typically disregarded and under-resourced. He was the Kolokotrones University professor and chair of the Department of Global Health and Social Medicine at Harvard Medical School, chief of the Division of Global Health Equity at Brigham and Women’s Hospital in Boston, and co-founder and chief strategist of Partners In Health.

Farmer and his colleagues pioneered novel, community-based treatment strategies that demonstrate our society can deliver high-quality health care in resource-poor settings. He wrote extensively on health, human rights, and the consequences of social inequality, such as “In the Company of the Poor: Conversations with Dr. Paul Farmer and Fr. Gustavo Gutiérrez,” “Reimagining Global Health: An Introduction,” and “To Repair the World: Paul Farmer Speaks to the Next Generation.”

Being in a foreign country, helping treat individuals without much access to adequate medical interventions and setting up medical and public health infrastructure in impoverished areas across the world wasn’t new to “Dokte Paul,” a name he was affectionately called in Haiti. Many of the communities he stepped into were surrounded by poor conditions – lack of access to clean water, adequate food and shelter – and were filled with loving, hardworking and friendly people. He was the epitome of social justice at a global scale and that all human beings deserve equal respect and care. Many people close to him constantly spoke of his generosity, giving as much as he could and if he didn’t have it, figuring out how to get it by any means necessary.

He founded Partners in Health in 1987 with Jim Yong Kim, Ophelia Dahl, Todd McCormack and business owner and philanthropist Thomas J. White. The organization started with a community-based health project Zanmi Lasante, which means “Partners in Health” in Haitian Creole, in Cange, Haiti. They initially treated people with HIV/AIDS in rural Haiti during the HIV/AIDS crisis, walking for hours going door to door to provide antiviral drugs and medical treatment. Throughout the years, his passion and the inspiration he instilled in other people took him to Peru, Cuba, Russia and Mexico, treating HIV/AIDS, multidrug-resistant tuberculosis, Ebola and providing any other medical treatments sick people needed. PIH is now in places like Lesotho, Rwanda, Malawi, Liberia among many other countries. For those who want to know more, the documentary “Bending the Arc” on Netflix is a great origin story.

Kidder said it best, “Many people feel deep grief at his death. Speaking only for myself, I find it hard to imagine a world without him in it, especially in this moment when cynicism and cupidity seem to have become cardinal virtues, and compassion and decency are deemed a sucker’s pursuit. But Paul’s plans and dreams live on in the minds of thousands of people, who are equipped and eager to follow his example. I like to think he died happy.”

Valdes Lupi: Action is what matters in addressing the impact of racism on health