The award and $50,000 prize recognize Madgett’s decades of commitment to originating, illuminating, and preserving poetry by African-Americans, and promoting the study and appreciation of African-American literature in schools and universities. A professor-emeritus of English at Eastern Michigan University in Ypsilanti, Mich., Madgett is the author of 10 books of poetry, a pair of textbooks, and the 2006 memoir, “Pilgrim Journey.” She also has edited two anthologies. 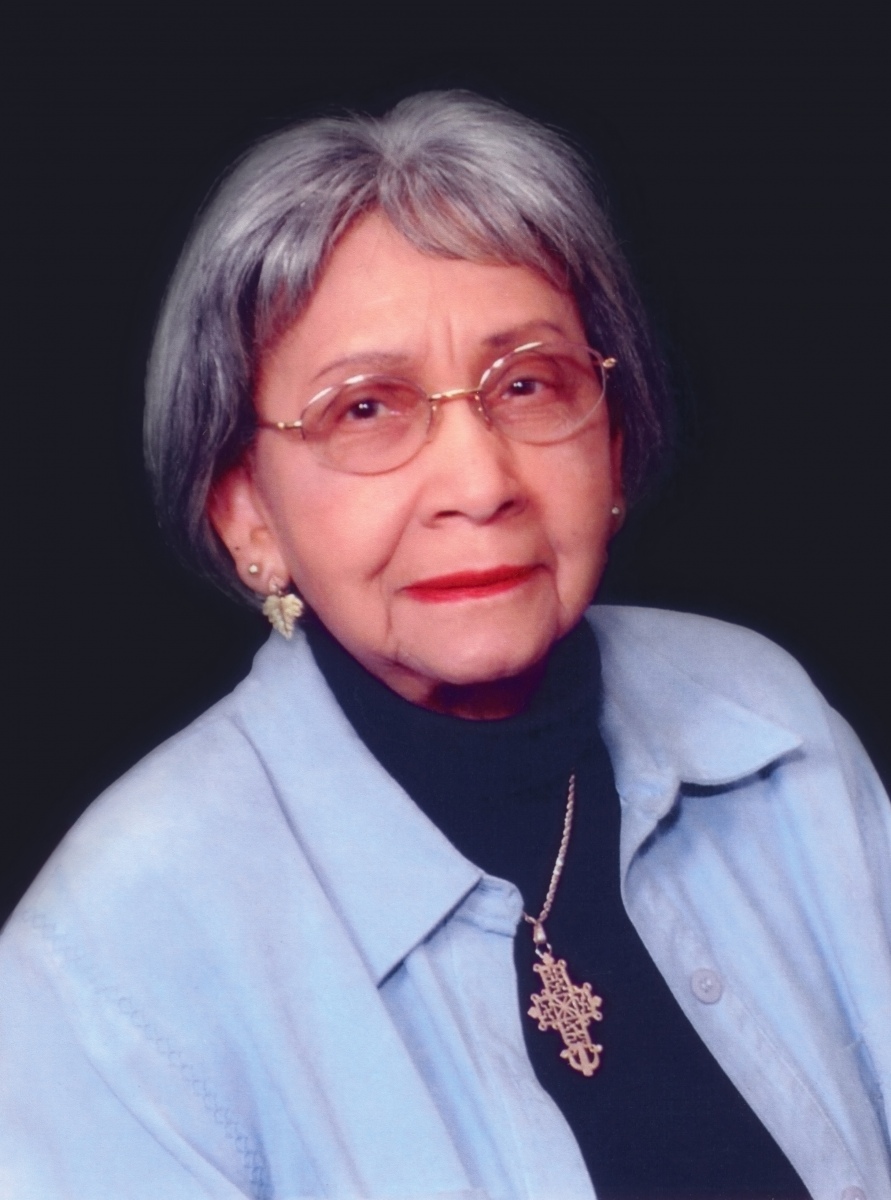 Madgett’s poems have appeared in scores of anthologies at home and abroad. Her work has been recognized with an American Book Award, the Governor of Michigan’s Artist Award, three honorary degrees, several lifetime-achievement awards, and induction into three halls of fame. Lotus Press, which Madgett founded in 1972, has published more than 90 collections of poetry written by emerging and established poets.

Madgett’s selection as the 2012 Kresge Eminent Artist also honors her commitment to the city that she has enlivened for more than six decades.

Madgett was named Poet Laureate of Detroit in 2001 by then-Mayor Dennis Archer. A recent documentary by filmmaker David B. Schock, titled “Star by Star: Naomi Long Madgett: Poet & Publisher,” chronicles her life journey. The film received the 2011 Outstanding Documentary Award from the Historical Society of Michigan.

“The arts are important for many, many reasons,” says Rip Rapson, president of The Kresge Foundation. “They prompt us to question the way we see the world. They offer fresh perspectives. They leave us no option but to wrestle with what is good and what is bad, what is false and what is true.

“Naomi Madgett’s poetry does all these things. And she has pursued a life of creativity while supporting other writers and poets, reaching across generations to spark in young people a love of words and writing, and maintaining a deep and abiding to commitment to the Detroit community,” Rapson says. “She is the embodiment of what it means to be an eminent artist.”

Madgett says she’s simply tried to offer others the kind of encouragement she received.

“I’ve worked all my life trying to help people – poets and students – make a difference in their lives,” she says. “I think we are here to serve. There’s a hymn (‘If I Can Help Somebody’) that goes, ‘If I can help somebody, as I pass along, then my living shall not be in vain.’

“Poetry is a universal means of expression and is open to so many interpretations,” she continues. “It makes me very happy to leave a legacy of words that other people can relate to.”

Madgett joins an honor roll of artists who have received recognition and support from Kresge for their virtuosity in the visual, literary, and performing arts, as well as for their dedication to Detroit and its residents. The foundation annually supports the Kresge Eminent Artist Award and Kresge Artist Fellowships, as well as providing support to arts and culture organizations in metropolitan Detroit. The Eminent Artist Award is administered by the College for Creative Studies in Detroit.

The making of a poet

Born in Norfolk, Va., in 1923, Naomi Cornelia Long was the youngest of three children. She was the only daughter of the Rev. Clarence Marcellus Long, a Baptist minister, and his wife, Maude Selena Long (nee Hilton), a former normal school teacher.  The family moved to East Orange, N.J., where the young girl was introduced to African-American poets by her father. Her father’s sermons provided lessons about composition, she says. Among the books she received from her father was “Negro Poets and Their Poems,” which provided an inspiring entrée to black poetic works.

Madgett published her first poem in the Orange Daily Courier at age 13. In 1937, her family moved to St. Louis, where she entered Sumner High School, the first all-black high school west of the Mississippi. “It was the turning point in my life,” Madgett recalls. “At Sumner, everything was focused on academic excellence and I found this very inspiring. I realized this school was a place where I could be anything I was good enough to be, and I took off running.”

As a teenager, Madgett met poet and writer Langston Hughes when he spoke at her mother’s literary club. She told him she was writing poetry and was delighted when he presented her with an autographed copy of his latest poetry book. “He was such a modest person and encouraged so many people who came in contact with him,” Madgett says. “He was just the kind of person I wanted to be.”

Madgett published her first book of poetry, “Songs to a Phantom Nightingale,” a few days after high school graduation in 1941. She enrolled at Virginia State University (then Virginia State College) and graduated in 1945.

In 1946, Madgett married and moved to Detroit. She worked as a copywriter for the Michigan Chronicle and continued to write poetry, which appeared in African-American literary journals and anthologies. A year later her daughter, Jill, was born. 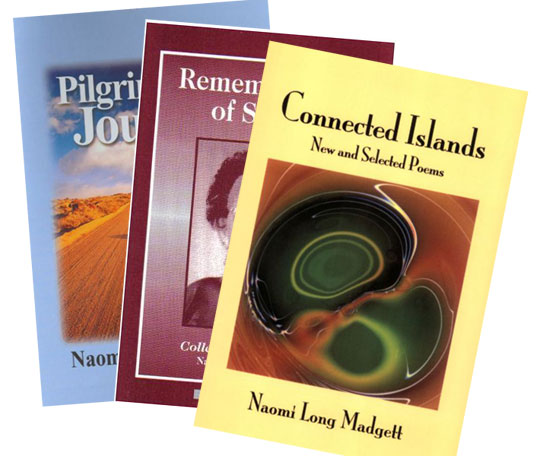 Madgett taught for 12 years at Detroit’s Northwestern High School, where she introduced an African-American literature course. She received local accolades for two books, “One and the Many” (1956), which portrayed the struggles and victories of black people in the face of racism, and “Star by Star” (1965), which inspired the film documentary.

Madgett also embraced a group of black Detroit writers, including Margaret Danner, Dudley Randall, and Harold G. Lawrence. Her prominence in the city’s literary and cultural circles was well established by 1968 when she joined the faculty of Eastern Michigan University, where she introduced courses in African-American literature and the Harlem Renaissance. She taught creative writing, black literature, and Victorian literature until her retirement in 1984.

One of Madgett’s greatest contributions to African-American poetry in Detroit was the formation of Lotus Press, where she published her fourth book, “Pink Ladies in the Afternoon,” in 1972. “It was never my intention to be a real publisher,” she once commented. But with Lotus Press she quickly became what Detroit poet and teacher Terry Blackhawk described in “Star by Star” as the “godmother of African-American poetry.”

In that documentary, Detroit poet Herbert Woodward Martin notes Madgett’s importance in fostering a groundswell of black poets and their works: “Publishing has allowed Naomi to give to the canon of American literature and to the academy a variety of poets they would have normally ignored or missed.” The annual Naomi Long Madgett Poetry Award, established in 1993, has helped shine a spotlight on a number of young writers – and attract the attention of major publishing houses. 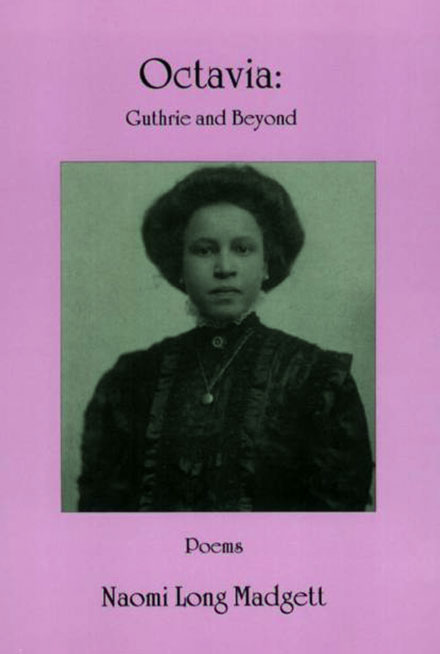 At 88, Madgett continues to make guest appearances in Detroit-area classrooms, where students hear at the poetic reflections in “Octavia: Guthrie and Beyond,” based on recollections of Madgett’s beloved aunt Octavia. Her anthology, “Adam of Ife: Poetry in Praise of Black Men,” continues to be highly regarded by contemporary poets in Detroit. Since the publication of her 10th book, “Connected Islands: New and Selected Poems,” in 2004, she has continued to compose poetry and is now thinking about writing a nonfiction book.

“As I’ve grown older, I’ve come to ask myself: What does my life mean?” Madgett says. “I want my life to mean something, not just relax and enjoy. I want the legacy of my life to be in other people’s lives.”

The foundation will publish a monograph to commemorate Madgett’s work.

The Kresge Eminent Artist Award recognizes an exceptional artist in the visual, performing, or literary arts for his or her professional achievements and contributions to the cultural community. The award is unrestricted and is given annually to one artist who has lived and worked in Wayne, Oakland, and/or Macomb counties for a significant number of years. Other recipients are Detroit visual artist Charles McGee, master jazz trumpet player Marcus Belgrave, and poet and playwright Bill Harris.

“Naomi Long Madgett was only 15 years old when literary icon Langston Hughes began to encourage her writing. His belief in her work foreshadowed a career that includes 10 books of poetry, inclusion in more than 190 anthologies and a passion for mentoring countless other poets,” says Richard L. Rogers, president of the College for Creative Studies.

“Her founding of Lotus Press and her hands-on contributions to numerous community organizations make her an activist as well as a prominent literary figure. We at CCS are pleased to be part of a collaboration that allows us to provide recognition and support to such a remarkable artist through Kresge Arts in Detroit.”

Nominations for the award are made by the Kresge Arts in Detroit Advisory Council, a 19-member volunteer group of leaders in the metropolitan Detroit cultural community.