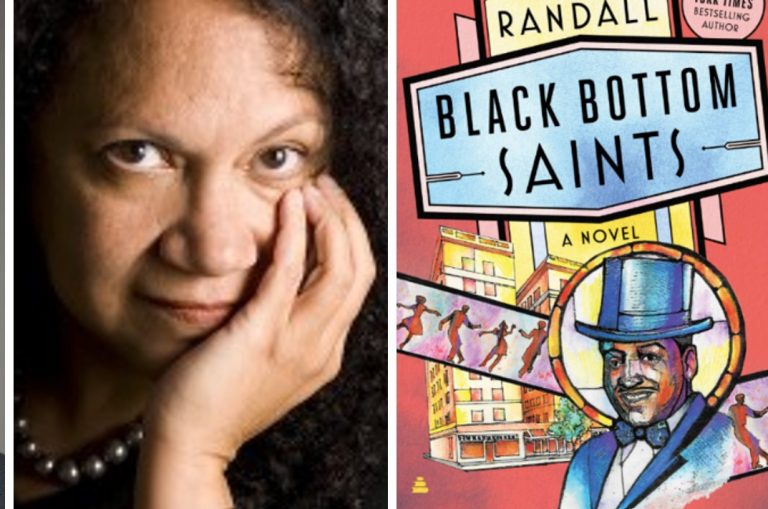 Detroit today kicks off a weeklong celebration of Black history and Black culture and a yearlong initiative to shine a spotlight on the city’s creative community while working to support that community as it struggles to survive the COVID-19 pandemic and recession.

Both the Black History Month kick-off and the yearlong Undefeated campaign are led by the Detroit Office of Arts, Culture and Entrepreneurship (Detroit ACE), which receives general operating support from The Kresge Foundation Detroit Program.

In the Black History Month kickoff at 7 p.m. Mayor Mike Duggan will interview Alice Randall, a former Detroiter and author of the best-selling novel Black Bottom Saints. The mayor has called for citywide reading of the novel set in 1937-1967 Detroit, a “Black Camelot” as Randall describes it through the eyes the historical figure Joseph “Ziggy” Johnson, columnist for the Michigan Chronicle, emcee of the glittering 20 Grand nightclub and dean of the Ziggy Johnson School of the Theatre. (The conversation can still be viewed here.)

The “Black Bottom” of the title refers to the traditional African American neighborhoods that were cleared, and their residents displaced, for the redevelopment that became Lafayette Park and Elmwood Park. (The adjacent commercial district, Paradise Valley, was also destroyed largely to make way for the Chrysler Freeway.)

These are the activities for the remainder of the week:

Thursday — A virtual art exhibit with a soundtrack that honors the African American origins of jazz as provided by some of Detroit’s best sound artists. The exhibit will be followed by a concert featuring jazz greats including bassists Marion Hayden and Ralphe Armstrong.

Saturday — ACE Director Rochelle Riley interviews Crystal P and Horace H.B. Sanders about the comedy landscape in Detroit, followed by a set featuring the two professional comics and Riley in her second debut set (her previous appearance was 15 years ago!).

Sunday — In honor of Black History Month, the city is hosting a tribute to Detroit’s African American classical and operatic genius, followed by a gospel concert featuring some of Detroit’s most dynamic choirs.

The events will be presented live on Zoom, the city of Detroit’s Channel 22 and Facebook. Register at [email protected].

Also, beginning Feb. 1, Detroit ACE will accept creators’ submissions of videos and samples of their performances and work in every genre. The work will be highlighted throughout the year demonstrating the breadth and depth of Detroit’s exceptional talent.

The monthly showcases will give artists opportunities to sell their work and performers chances to be booked for virtual events. Anyone who wants to participate should send a sample of their work or performance to [email protected] with their name, phone number and the title of the work.

The Undefeated campaign comes as thousands of artists have been hit hard by the COVID-19 pandemic, not just by illness but by the loss of income. Musicians, dancers, actors, production workers, poets, authors and all creatives have seen their stages, book tours and exhibits shut down.

Detroit ACE began an emergency grants program last spring, which still has a waiting list because so many people needed the rapid relief funds. Detroit ACE is still raising money for that effort.

“Our goal is to prove that Detroit is still the Paris of the Midwest,” explained Riley, Director of Arts and Culture for Detroit. “We have an overabundance of talent here, and we want the city, the region, the state and the world to see it, to see all of it. As we work our way forward from the pandemic, we want to bring our entire creative community with us.”

Meanwhile, in a related development, the city of Detroit’s Channel 22 is becoming Detroit Arts and Entertainment (Detroit A&E ). It will launch a Detroit Black Heritage Film Series, featuring iconic African American films from the 1920s through the 1970s. The series premieres Feb. 18, and showtime is 7 p.m. Monday through Friday.