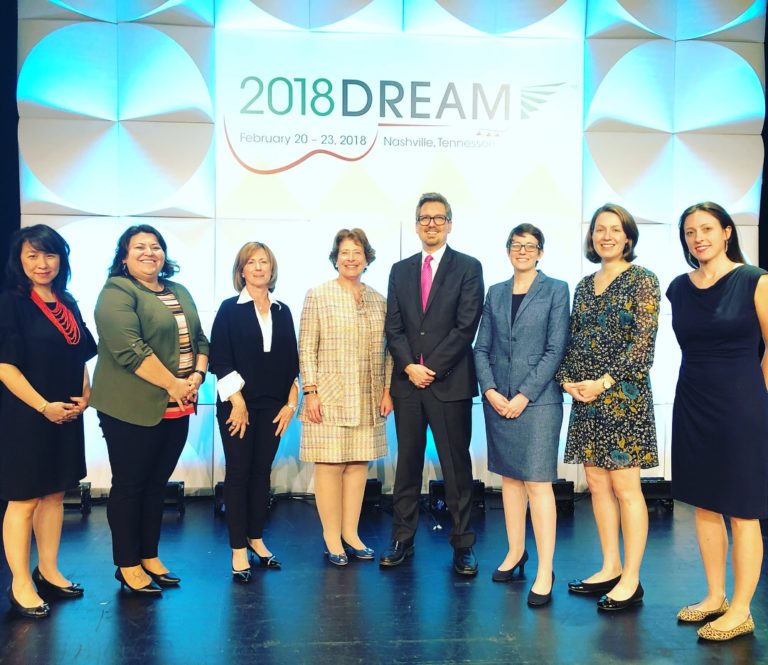 Achieving the Dream’s 14th annual DREAM Conference drew more than 2,000 community college stakeholders to Nashville this month. The entire Kresge Education Program attended the conference and spent the week in Music City diving deep into how colleges are using data to improve student outcomes. It also hosted 42 South Africans at the conference, its largest cohort ever.

Highlights from the week included:

Each year, DREAM brings student leaders from active Achieving the Dream Network institutions looking to make a difference on their campus and in their communities to the conference and gives them a spot on the main stage to share their stories. Each year, the students bring down the house, taking attendees into their lives and communities through their poetry and speeches. This year was no exception.

The Kresge Foundation was proud to sponsor the  2018 Leah Meyer Austin Award, which is awarded to colleges that employ a holistic approach to reducing achievement gaps between student groups and increasing success for all. Kresge’s Board Chair Elaine Rosen spoke at the opening night plenary on the importance of community colleges and then awarded two Texas colleges with the 2018 award: Odessa College and Texarkana College.

Each year, Kresge invites partners from our Siyaphumelela Initiative in South Africa to attend DREAM. This year, 42 higher education leaders from nearly half the country’s campuses traveled the Nashville to take part. The group included vice chancellors, advisors, directors of teaching and learning, and stakeholders from the national education agencies. During the week, a group of presented a session on results in implementing data-centered student success reforms at five campuses through the Kresge-funded Siyaphumelela Initiative.

Some of the early results and interventions shared included:

The South Africans also attended a dinner at the Nashville Public Library that included a special lesson in the city’s civil rights history.

The South African delegation also had a chance to visit Fisk University, one of the nation’s Historically Black Colleges and Universities.

Several Kresge-supported grantees and initiatives were featured at DREAM.

They included a session from Dr. Sara Goldrick-Rab on meeting basic needs at community colleges, which was a theme throughout the conference.

The Center For Community College Student Engagement also issued a report, funded in part by Kresge, that shared the results of asking students what works and what doesn’t when it comes to student advising.