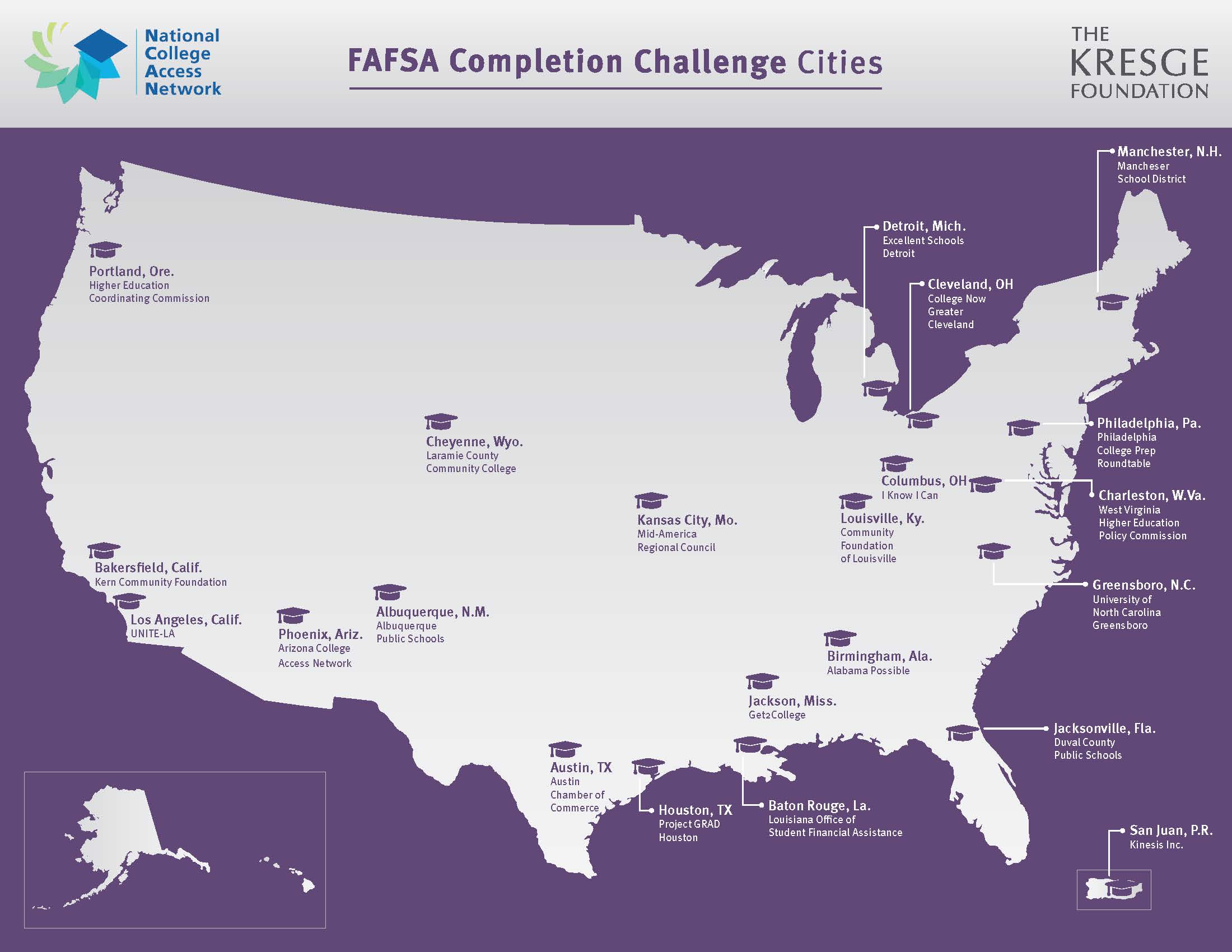 The National College Access Network (NCAN) announced Tuesday the 22 U.S. cities selected to receive up to $55,000 each from the Kresge Foundation-supported FAFSA Completion Challenge Grant program.

Two significant changes to the FAFSA in the fall of 2016 will make applying for aid easier and better timed than ever for low-income students. The date when students can begin submitting a FAFSA has moved from January to October, ensuring students can find out what kind of financial support they will have earlier in the college decision-making process. The other change allows students to file using tax data already available instead of waiting for the following year’s tax statement.

The grant funding will support the planning and execution of citywide, cross-sector FAFSA completion efforts for the 2016-17 school year, with strategic efforts to help students navigate the new changes and timing.

“This program will bring timely support to urban areas across the nation as they look to help more low-income students fill out and submit a FAFSA,” said Caroline Altman Smith, Kresge’s deputy director of the Education Program. “We know that when cities make a concerted, cross-sector effort to raise rates, they can make an immediate impact. This grant program ensures each of these cities will have at least one person dedicated to coordinating efforts to improve FAFSA completion rates rates day in and day out.”

In September 2017, through this program NCAN will also award three to five additional monetary prizes totaling $300,000 among the 22 grant-funded cities. Prizes will go to:

The selected cities are:

The 22 cities were selected through a review process with the assistance of an advisory committee: