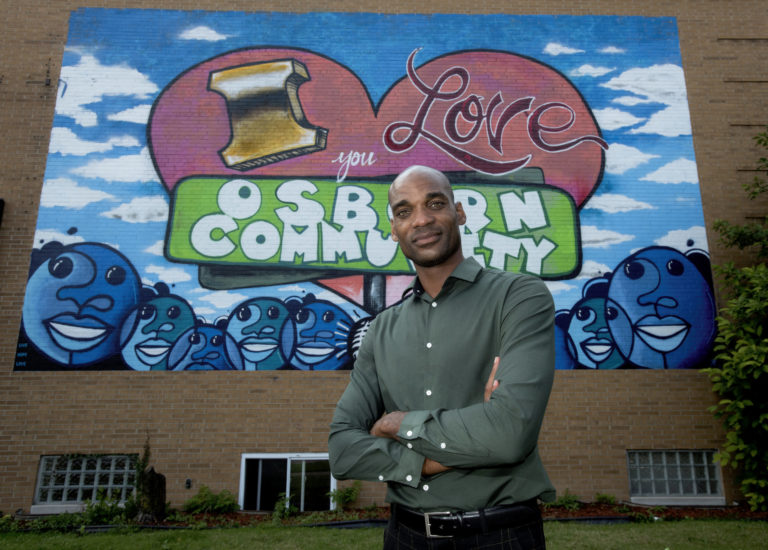 Share
Email
The Kresge Foundation will support 21 community development organizations across the city of Detroit with $1 million in annual grants announced today for the next three years.

“Groups on the frontlines of the city’s revitalization told us that operating support for their day-to-day operations is the most important contribution we can make to support their work,” says Wendy Lewis Jackson, managing director of Kresge’s Detroit Program.

The 21 organizations receiving grants are spread across the city (a text list appears at the bottom of this article): 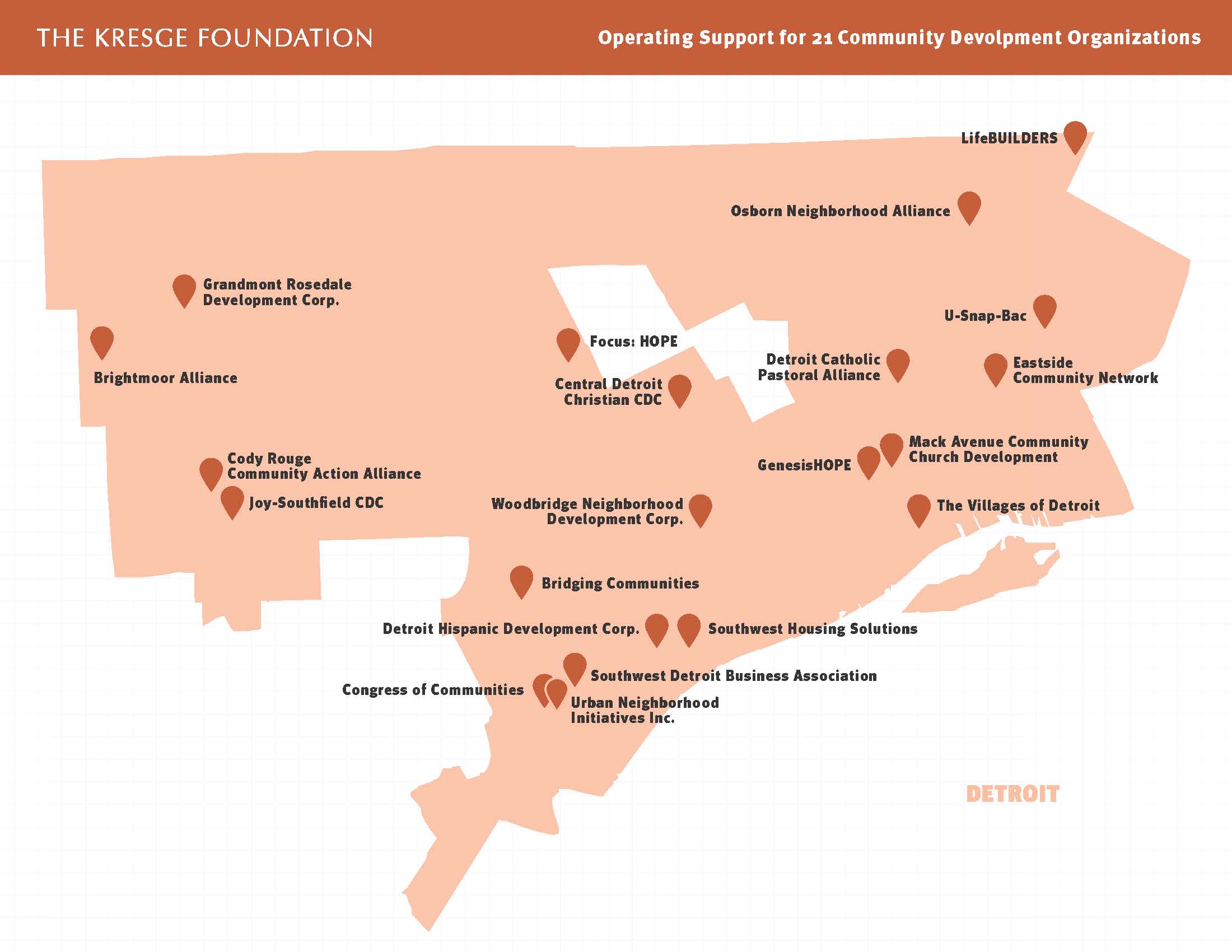 Many of the organizations have received Kresge funding for projects in the past, particularly through the Kresge Innovative Projects: Detroit pilot initiative. But project funding does not cover necessary staff and overhead expenses that are essential for community development organizations to be effective.

“There was a definite need to add this to our efforts to further revitalization in city neighborhoods,” says Kresge Detroit Program Officer Bryan Hogle.

Adds Hogle: “These groups play vital roles across the city, responding to a diversity of challenges that often differ from neighborhood to neighborhood. Consistently these groups are the bridge from their neighborhood to government, foundations and other funders; they helping to attract and coordinate resources to address neighborhood priorities. They engage community, and they lift up the voices of residents. They often coordinate physical or economic development, and many provide needed social services.”

Detroit Free Press writer John Gallagher made a similar observation in a recent article comparing the disparate trajectories of many neighborhoods in the city: “The biggest difference — what may represent the key element separating the successes from the disappointments — is that successful districts enjoy a professional community development organization with paid staffers and adequate financial resources to work on neighborhood problems.”

The organizations vary widely in their size and histories.

One of the best-known, Focus: HOPE, was founded in 1968 in response to the previous year’s Detroit rebellion. Its food, workforce development and education programs operate across metro Detroit, while its community development work is aimed at the renewal of 100 blocks surrounding its headquarters in the HOPE Village at Oakman and Linwood on Detroit’s westside. Focus: HOPE has more than 200 employees total; the organization’s community development work, which has a dozen staffers, will specifically receive a boost from the Detroit Program’s new operating support grant.

In contrast, there’s GenesisHope Community Development Corp. in the Islandview Village neighborhood of the lower eastside. GenesisHope was formed in 2009 by members of Genesis Lutheran Church in the community the church has served for more than 35 years.

GenesisHope has the equivalent of two fulltime staff members working on youth engagement, and community and economic development. That development work includes strategies to manage vacant land and develop open spaces. GenesisHope projects have ranged from a pop-up farmers market to creation of a rain garden and bioswale to fight the flooding to which the neighborhood is prone.

Kresge’s operating support grant will allow GenesisHOPE to maintain its current staffing, and devote more time and resources to engaging the community, says the group’s executive director, Jeanine Hatcher. She also hopes that the group will be able to leverage Kresge’s support for additional funding from other sources.

“The multiyear funding will have a significant impact on our organization,” Hatcher says.

“Each of these groups understands the significant strengths of their neighborhoods and how those strengths can be brought to bear on neighborhood challenges,” says Hogle.

“There’s no one strategy that necessarily works across the city, but these groups are adept at figuring out which ones are worth pursuing on their home turfs. We are proud to support them, and we’ll also be working to bring them together to give them chance to learn from each other.”