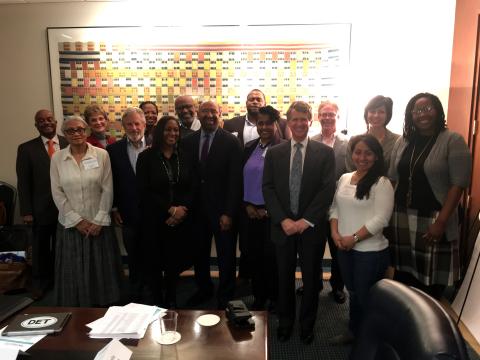 Nutter offered plenty of advice stemming from years working to launch and implement an initiative called A Running Start Philadelphia, which includes, among other features, universal pre-K for all city children, funded through a soda tax. Getting that win took years of political maneuvering and building community buy-in. Detroit’s Hope Starts Here initiative launched in November 2016 and has similar intentions – to put the city on a pathway to better early childhood outcomes with a strategic plan devised through intense community engagement.

Here are 10 lessons Mayor Nutter offered as words of advice for Detroit to consider as it grapples with similar issues.