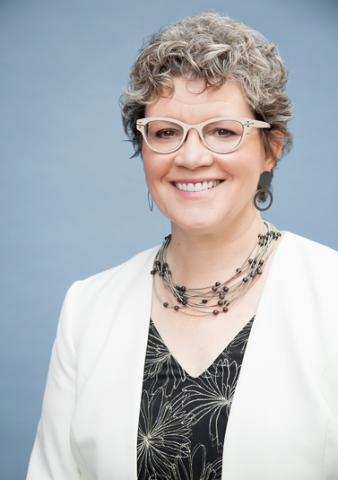 When I began my tenure as CDFI Fund Director late in 2014, I thought I had a pretty good handle on the CDFI sector. CDFIs, or community development financial institutions, are private financial institutions dedicated to delivering responsible, affordable capital to help low-income people and communities join the economic mainstream.

I quickly discovered that there are common misconceptions about the field that even I needed to unlearn. Here are the top three things you should know about CDFIs.

1. CDFIs are more diverse that you think

I came from a nonprofit loan fund when I assumed the directorship of the CDFI Fund, and some worried that I would be biased toward that model. The CDFI banks, credit unions, for-profit loan funds and venture capital funds briefed me early on regarding the ways in which, from their perspective, unconscious bias was at play against them. It resulted in challenges such as performing less successfully in the competition for the CDFI Program’s financial assistance (FA) awards.

The data supported their argument– proportionally, they did not fare as well in FA competitions. So, we undertook an experiment. We revamped the FA application with the aim of asking questions that would better allow a diverse set of institution types to fully tell their story. We rolled out the new application in 2017. The result? Banks and credit unions did better. Each institution type performed proportionally the same that year. Perhaps they had a point.

Banks and credit unions tend to focus on consumer and small business credit. They reach the underbanked and unbanked. Some banks are minority-owned institutions that know and serve minority markets better than most others. They build family and community wealth by financing mortgages and small business ownership. Many banks are in “banking deserts” and serve as economic anchors in places abandoned by “money center” banks. Community Development Credit Unions are owned by their members, most of whom are low-income. They, too, are keenly attuned to meeting the needs of their member-owner customers and provide an alternative to predatory lenders in the communities they serve.

So, when you think and talk about CDFIs, don’t forget to be inclusive of all institution types. They are all delivering on the mission!

Since leaving my post as CDFI Fund director in early 2019, many have asked me if CDFIs will be viable in the long run or if I think the industry would disappear without the CDFI Fund. My answers: yes and no.

CDFIs existed before the CDFI Fund. Minority-owned banks came into existence right after the Civil War during Reconstruction. Credit Unions are an outgrowth of the Great Depression and Community Development Credit Union formation surged in the 1970s. Loan funds began forming in the 1980s, including Native loan funds.

The CDFI Fund was created because the CDFI model was already proven and lawmakers wanted to expand the impact. If the CDFI Fund were to disappear tomorrow, some individual CDFIs might go out of business, and new CDFI formation might slow down, but the industry would not wither and die. Surely, its growth rate would be hampered because CDFI programs, especially FA awards, are a rare form of flexible, equity-like capital that supports growth and innovation. But data show that CDFIs have strong balance sheets and are great risk managers. 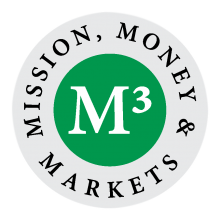 Further, while the current administration’s Office of Management and Budget (OMB) keeps attempting to slash the CDFI Fund budget, other parts of the administration see the value of CDFIs. As CDFI Fund director, I felt supported by my chain of command in both administrations. And the CDFI Fund enjoys strong bipartisan support in Congress. I predict Congress will increase the CDFI Fund’s 2020 appropriation, perhaps by as much at $50 million, to $300 million. This will ensure continued growth of the sector.

3. The sector needs to get bigger so that CDFIs can be more relevant market actors

Soon into my tenure, I began hosting “think tanks” for CDFI Fund staff. I would invite outside speakers to talk about new and interesting research or programs that touched the sector. In fact, staff from Kresge’s Arts & Culture and Social Investments teams came to talk with us about Creative Placemaking. During these think tanks, I started to hear a common refrain from foundations and banks that had created initiatives implemented through CDFIs. They were disappointed to discover that the capacity and reach of CDFIs was smaller than they had realized. That helped drive us to center the CDFI Fund’s strategic plan on the objective of expanding the growth, reach and performance of CDFIs.

Without a doubt, the CDFI industry has come a long way. At the end of 1997, there were 196 certified CDFIs with total assets of $4 billion. Today, there are 1,131 certified CDFIs with total assets of $136 billion. This is impressive growth. But the CDFI industry still represents a very small part of the larger financial sector. In comparison, the combined total assets of FDIC-insured banks and NCUA-insured credit unions totals more than $18.3 trillion. CDFI assets represent less than one percent of the overall banking sector. It’s hard to move a needle when you are that small a part of the economy. That’s why it’s imperative for CDFIs to grow.

To support growth of the sector, funders should consider making more enterprise-level grants to CDFIs. The impact investing craze has had a marginal impact on CDFIs, because most investors want a risk adjusted rate of return on investment. The only way to offer that and still stay true to the mission is for CDFIs to raise more equity-like capital. The CDFI Program and the Capital Magnet Fund are among the only sources of such capital.

As for CDFIs, they need to think digitally as our culture and our society continue to accelerate toward a more digital future. To date, technology has not delivered a more equitable society, nor an escape from the impacts of climate change. CDFIs will continue to be needed, but they must maintain (or cultivate) a growth mind-set. CDFIs should seek new partners and collaborators, especially at the community level. CDFIs do some really clever deals, but they need to be just as intentional about thinking beyond the deal to the systems that create the need for the deal in the first place. We must prioritize the use of resources for work that disrupts the systems that perpetuate poverty and inequity.

Guest writer Annie Donovan served as the head of the CDFI Fund from 2015 to early 2019 . She currently serves as a senior fellow at the Center for Community Investment at the Lincoln Institute of Land Use Policy. Follow her on Twitter @@AnnieDonovan_10.