‘Twist on the idea of a festival’ lasts four months at 20-plus cites in Detroit, Highland Park and Hamtramck
Detroit 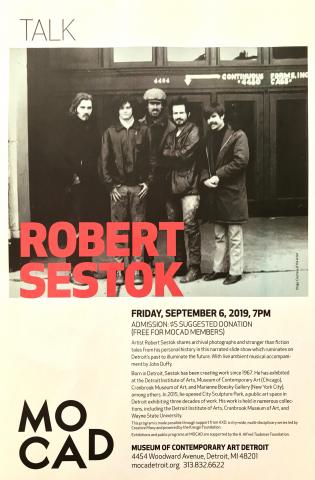 With images and anecdotes, Kresge Artist Fellow Robert Sestok takes the stage at Museum of Contemporary Art Detroit on Friday to recall his role in one of the seminal cultural movements in the city’s history.

Looking back 50 years to the 1960s, Sestok’s “Cass Corridor Art and Beyond,” will be the first of 20-plus exhibitions, performances and events over the next four months as Kresge Artist Fellows and Gilda Award winners take their work across Detroit, Highland Park and Hamtramck neighborhoods under the banner of AXD to explore the roots, future and present of the city.

A citywide successor to the biennial Art X festivals – which presented Kresge Artist Fellows mainly in Midtown venues from 2011 to 2015 – projects under the AXD banner explore the changing landscape and narrative of the city and its neighborhoods, said Cézanne Charles, festival curator and director.
“Our theme is Living X,” said Cézanne Charles, the festival’s curator and director. “It’s about now as well as our recent and distant past, and yet-to-be envisioned future. The artists are exploring the significance, ambiguity, resilience and uncertainty of this contemporary moment. That’s what the X stands for.” (A full list of projects and a schedule can be found at artxdetroit.com.)

“It’s a novel twist on the idea of a festival; we intend for it to be cohesive even as projects happen across several months and the breadth of Detroit. AXD amplifies the way arts and artists are engaged in neighborhoods across the city,” Charles added.

Beginning with Sestok – a noted sculptor and founder of City Sculpture Park –  anchors the series in what critic Sarah Rose Sharp has called the only major movement of Detroit’s recent art history to gain widespread attention. Sharp, a Kresge Artist Fellow herself, has written about the way the 1960s movement nurtured “some of the most prominent visual artists to emerge from Detroit and join the international conversation.” 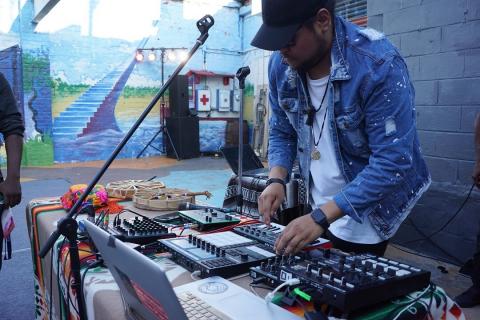 It was a movement in what was in the 1960s known as the Cass Corridor – now Midtown. The art reflected the energy of the time and the place as much as the music coming from Motown studios a few blocks away or rock venue music of groups like the MC5.

“I think in the back of my mind that people had a lot of angst in their lives,” Sestok said recently in an interview with co-host Ryan Patrick Hooper on WDET radio's "Culture Shift" program. “Life was not easy, so you put a little bit of twist on your painting or your sculpture or whatever you were making. Maybe you beat it up a little; you broke and you put it back together. I think that was the deconstructivist theory behind making art back then.”

Sestok says his presentation will include "archival photographs and stranger-than-fiction tales from his personal history," plus musical accompaniment by John Duffy.

“Cass Corridor Art and Beyond” will be presented at MOCAD, 4454 Woodward Ave., on Friday, Sept. 6 at 7 p.m. Like the other AXD projects, it is open to the public.

Four other AXD presentations are scheduled for the month of September:

Among the projects scheduled for later in the season are:

“In AXD, the power of arts and culture to enhance identity, connectedness, and opportunity intersects with the neighborhoods that are the heart and soul of the city,” says Kresge President Rip Rapson. “Bringing together two powerful streams of our work – support for individual artists and support for neighborhoods – reinforces the kind of potent alchemy essential for the city’s continuing revitalization. We look forward to the conversations, innovations and collaborations that are sure to follow.” 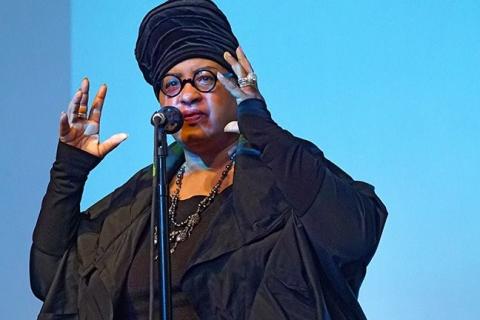 Kresge Artist Fellow Marsha Music will perform to celebrate the launch of her new book, "Recollections of a Record Shop Girl."

The projects were commissioned following an open call to the nearly 200 Kresge Artist Fellows and Gilda Award winners from the first decade of the Kresge Arts in Detroit initiative. AXD, in part, serves as a celebration of that program, which annually awards $25,000 to 18 artist fellows and $5,000 to two Gilda Award winners recognized for early-career risk-taking.
Applications were chosen based on reviews and rankings by a panel that included local and national artists, arts administrators and community representatives.  Artists are awarded $7,000 each to produce their projects. They also receive technical, promotional and other assistance through rootoftwo.
“The three Art X festivals from 2011 to 2015 provided opportunities for performances, exhibitions and important discussions about the role of arts in the city.  Our final festival spanned 10 days and a dozen venues, mostly in Midtown, drawing more than 10,000 participants,” said Wendy Lewis Jackson, managing director of Kresge’s Detroit Program.
“We felt that we needed to step back and carefully evaluate our options after the 2015 Art X, and that has led to the creation of AXD,” added Jackson. “In addition to spreading the energy to include neighborhoods beyond Midtown, this gives artists greater flexibility to pursue projects that fit their vision and timetable.”